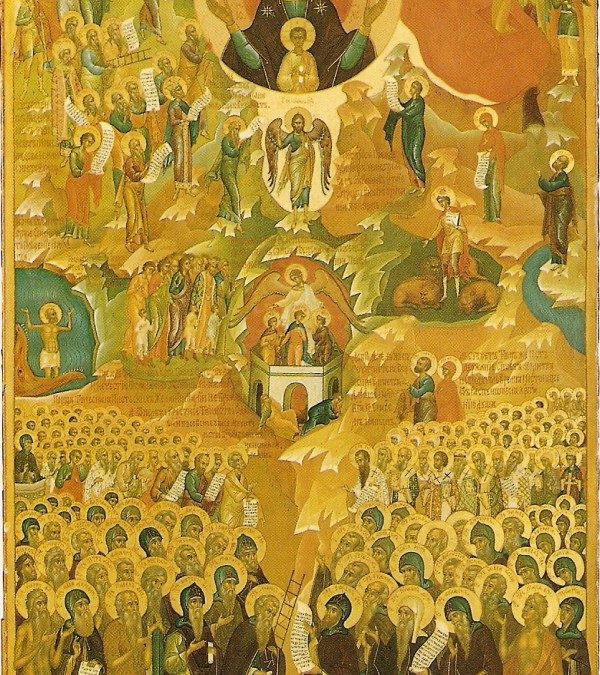 Lent is upon us. Interestingly, my Lenten penance and goals have changed since my conversion some 25 years ago.

As a preface, let me tell how I bartered with God before my conversion. At that time I was a worrier—I foresaw a future that was always gloomy, with the worst possible scenario coming to pass. For example, if my wife (or wife and children) were off somewhere and past the expected time of return by a half-hour or more, up would come visions of car wrecks, abductions, etc. And so I would say to God, “Please let them come home OK, and I’ll give up chocolate” (or stop biting my finger-nails, or _____ (fill in the blanks.)

Even though I was not altogether sure then that there was a God,  I usually made good on these attempted bribes, at least for an extended period of time, or until the next occasion of potential disaster arose.   But it never occurred to me, as my wife pointed out later after my conversion, that this was a very pagan practice and totally against Catholic notions of what God demands of us.   And so to Lent.

MY LENT AND HOW IT CHANGED

During the first Lent after my conversion to the Church in 1995, I  pretty much followed how I had learned to do penance as a secular Jew, .   I fasted in ta more-or-less Jewish mode on Ash Wednesday and Good Friday, eating nothing and drinking only water and black coffee.  I gave up things and practices—candy, biting my fingernails, watching some favorite TV shows.  In other words I sacrificed stuff I enjoyed,, hoping that this would please God.    I didn’t do that which would have made me grow in faith.

As the years passed, I listened to more homilies on Lent and read more about the Church and Lent. It struck me that God didn’t need what I gave up—He wasn’t going to eat that candy or ice cream (His was the “Big Rock Candy Mountain“).     What He wanted was that I grow closer to Him,  that I share—in a very little way—the sufferings of Christ and thereby appreciate more fully what Christ had undergone and what He has gained for us.

So, what I did over the years was to modify my Lenten resolutions, year by year.

“I struggle each day against concupiscence in eating and drinking.  It is not something that I can cut off once and for all and touch no more, as I would with concubinage.  The bridle put on the throat must be held with moderate looseness and moderate firmness.  Is there anyone, Lord, who is not carried a little beyond the limits of personal need?”-St. Augustine of Hippo, Confessions 10, 31

And on a positive note, I’ve resolved to attend Mass every day (albeit in the pandemic times, virtually),  to spend more time with the Liturgy of the Hours (to do more than Morning Prayer and the Office of Readings), to do more volunteer work, and to be more liberal in almsgiving.  And, most important,  not to pray for things or actions, but rather to pray to accept the will of God, to put my trust in Him, and to know His love.  I still pray for healing for others and for the Holy Spirit to send grace to family and friends, but this is for others, not myself.

To some degree, these resolutions have been carried through outside of Lent, particularly the positive ones.  I don’t claim to live a perpetual Lent as advised by St. Augustine, but there have been changes effected by the forty days. In the main, I try to remember that God cannot be bribed;  that Lent is not for Him, but for me.

“Christians must always live this way, without any wish to come down from their Cross–otherwise they will sink beneath the world’s mire. But if we have to do so all our lives, we must make even a greater effort during the days of Lent. It is not a simple matter of living through forty days. Lent is the epitome of our whole life.”-St. Augustine, Sermon 205, I. As quoted in Augustine Day by Day, March 14th

Have a good, a fruitful and a holy Lent!

This article is adapted from one previously published on the blog Cathlolic Stand.